A crisis can strike at any time, from anywhere and most organisations are not prepared for the unexpected. In most situations, social media can be fantastic in building communities, in getting your message to your customers/clients/stakeholders, and in adding value to your brand. But when a crisis hits, negative unplanned messages can go out-of-control in seconds which can ruin an organisation’s reputation. In today’s society, anyone’s voice in social media can be heard and bad news travels faster and further than good news. But it is not the end of the world when a crisis hits, as most of society understands that we are all human and mistakes happen. It is how an organisation manages the situation that will determine the extent of damage the crisis causes and of course what the crisis is from. Here are some examples of recent crises that all organisations can learn from.

Lesson 1: Don’t be disrespectful. A crisis that is taking place currently is the ABC’s error in their tweet when, South Australian batsman, Phil Hughes was being carried from the field after being hit on the back of the head with a bouncer. ABC tweeted “@abcnews: Cricket NSW could not confirm if Phil Hughes was alive when he left the SCG“.  This is an example of ABC trying to break news before confirming the situation and not taking into account the family, friends and supporters of the cricketer. The community responded in outrage due to the disrespect of this tweet, especially considering the actual situation of Hughes being in critical condition not dead. Over an hour later, to ABC’s credit, they tweeted an apology, but it did not curb the reaction. It will take until more information is known about Phil Hughes’ condition before the public will calm down. The social media nightmare is being played out in the media and at the time of writing, Phil Hughes is in critical condition in the intensive care ward at St Vincent’s Hospital. (Edit: Unfortunately, Phil Hughes died on Thursday 27 November 2014, two days after the incident – My thoughts are with him, his family and friends, and as well, with the bowler, Sean Abbott in this terrible accident).

Lesson 2: Don’t block people or delete all negative comments. Kate vanderVoort from Social Mediology reported on the 3 November 2014, in her blog, Don’t be Quirky! 7 Tips to Avoid a Social Media Crisis in Your Small Business, of an incident that was taking place about Quirky Bubba, where a recently purchased product fell apart – not something you would want in a cot. So the mother contacted the organisation to which they said they would replace the faulty parts, but the mother said she wanted a refund to which the organisation refused  and then fell silent. The mother posted on their Facebook page, to which they responded by deleting the post and blocking her. The mother then told her mother’s group, resulting in nearly 300 mothers posting on Quirky Bubba’s page and again the organisation just deleted and blocked. Blocking that many of your target market is never a good option. In addition, today people are social media savy enough that if a Facebook page looks one-sided, it will never be considered truthful. Don’t delete all negative comments – turn them around for your benefit. It is worthwhile to note, if the organisation offered a refund in the first place, the story would not have gone viral and it could have saved their reputation.

Lesson 3: Don’t be defensive and do apologise immediately if necessary. In October 2014, Women’s Health Magazine Australia  was the lead sponsor and organiser of the Women’s Heath I Support Women In Sport Awards night, where they organised 3 models to be body painted in Australian sporting uniforms as part of the entertainment. Some of the public felt that having 3 semi-naked models was sexist and objectified women in an industry already considered to be sexist to women. The Editor initially responded on Wednesday 15 October 2014, by being defensive in saying: “Dear Readers, Women’s Health I Support Women in sport is about celebrating the achievements of Australian sportswomen. It is disappointing that this is now the focus rather than the phenomenal sporting talents of our Australian female athletes”. This response just added fuel to the fire by blaming the public for their views. They did then apologise on the 17 October 2014, in stating: “We apologise for any offence caused by what was supposed to be an artistic execution on the night of our I Support Women in Sport Awards. It was in no way the intention. We got it wrong and we wholeheartedly apologise.

We have since been contacting the guests who attended the awards to apologise and express our sincere disappointment that this has taken the spotlight away from the phenomenal sporting talents of our female athletes.

Women’s Health I Support Women in Sport has always been about celebrating and recognising Australian sportswomen and we hope the focus can now return to the achievements of these incredible athletes.”

If they apologised from the instant people starting reacting, then it might have calmed the situation. But apologising for ‘offence caused’ 2 days after their initial defensive response was not considered genuine and inflamed the situation further. People posted on Women’s Health’s Facebook page that there were never buying the magazine again or cancelling their subscription. The crisis did not last long, as the public can move on to the next crisis quickly, depending on the severity of the crisis. But they can also cause long term effects for an organisation if people do boycott the organisation due to a crisis.

There are numerous examples throughout the world of bad handling of social media by organisations. But don’t panic, it is not all doom and gloom, organisations can handle it before it gets out of control or at the very least can over come a crisis. 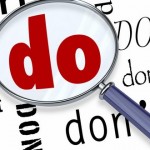 Steps to defend your reputation

Social media can be fantastic for organisations, as it is a great way of engaging with your clients/customers/stakeholders. Yes being in social media can be risky but there is a greater risk not being in social media than there is in being in it. You just need to plan – know what your mission and objectives are, and be flexible and agile in your tactics. If you tell it all, tell is fast and tell the truth: you will build confidence and trust in your organisation, which will hopefully lead to having people on your side.